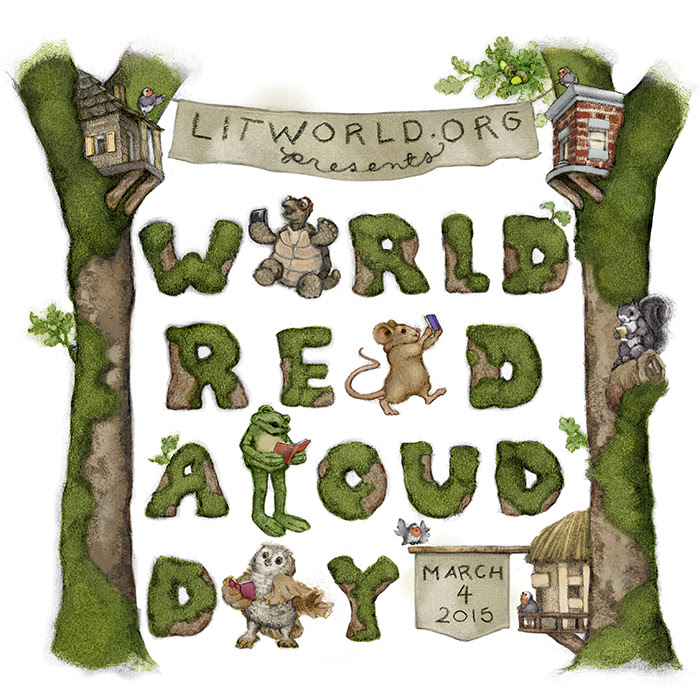 First time ever our school took part at the Read Aloud Day campagne on 4th March 2015 this year. And we took part with two events that day: one in the morning and one in the afternoon, one in German language and one in English. However, we decided to spread literature from our local areas around and got a deep view into German, Italian and English literature from Germany, Italy and the United States.


The morning session with Sabina Vecchione Grüner and her students was implemented into the GFL campagne itself. German language students from class 2 at the Franscesco- Petrarca- Gymnasium in Trieste, Italy, introduced themselves by a short video.

After that they presented the poem "Trieste" by the Italian Author Umberto Saba and finally some pages of the criminal story " Die Toten vom Karst" by Veit Heinichen, who is actually living in Trieste. 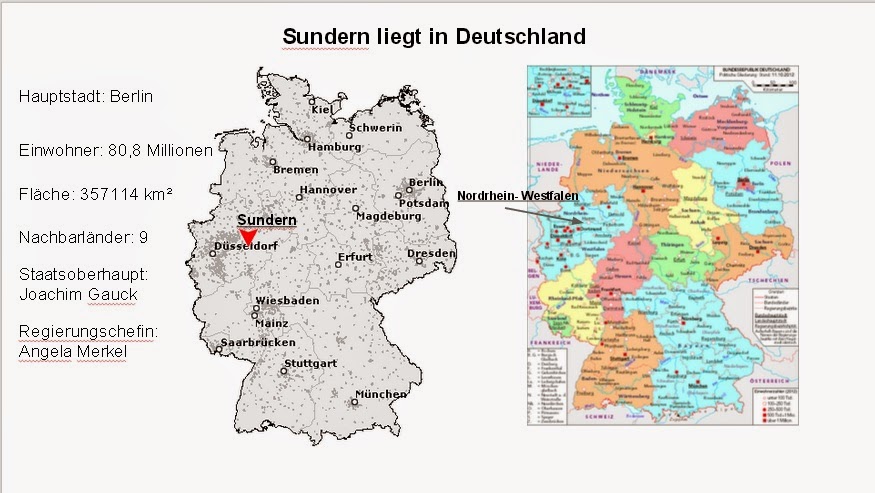 The German students from class 7b at my school (Realschule Sundern, Germany) introduced themselves (our country and our school) first.

After that they presented one of the most famous childrens' poems, nearly every child in Germany has to learn during its elementary school years: "Squire von Ribbeck at Ribbeck in Havelland", by Theodor Fontane, to the Italian audience. 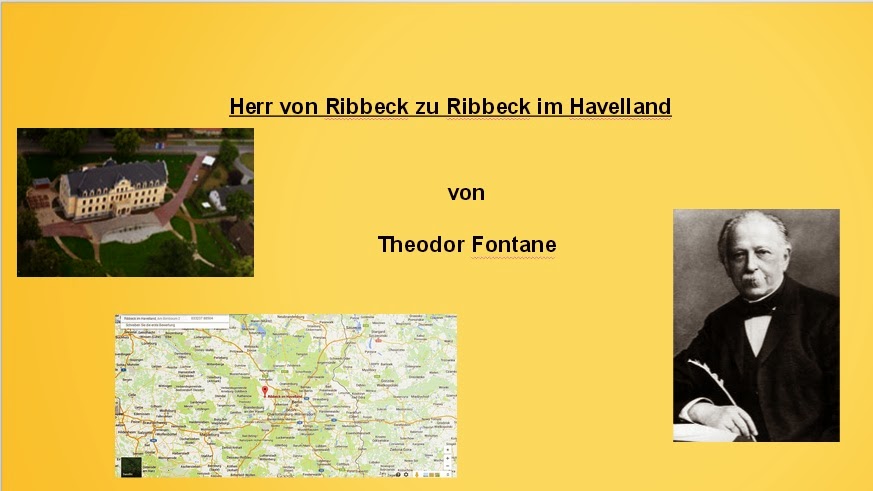 This poem shows every day  life in Germany about 200 years ago and implements former German language dialect phrases from that period of time. 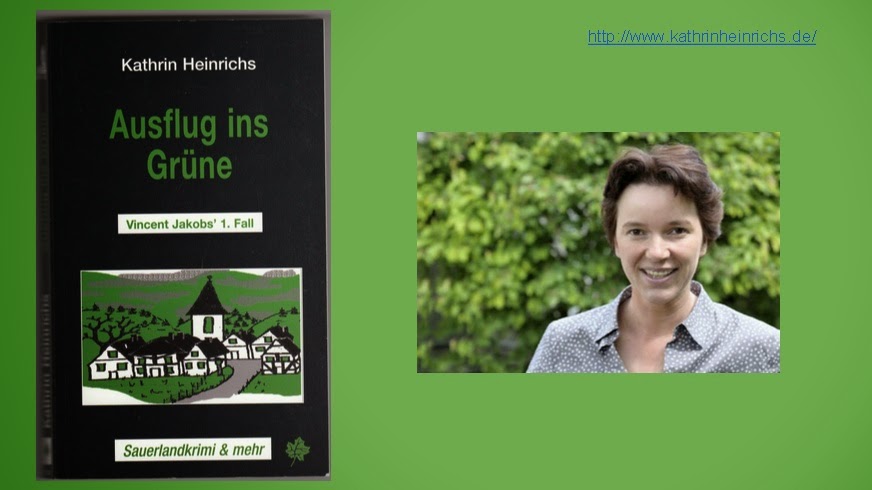 Only 10 kilometers far from our German school Kathrin Heinrichs was born in Dörnholthausen in 1970. The class 7b kids read the first chapter of  the German criminal story  "Fahrt ins Grüne"  (Trip Into The Countryside) by  Kathrin Heinrichs, one of the most famous criminal story writers in Germany. We prepared some slides for the Italian partners from Trieste with phrases and some pictures from Kathrin Heinrichs' school, she attended when she was a child, which figure out the content of that part of the story. 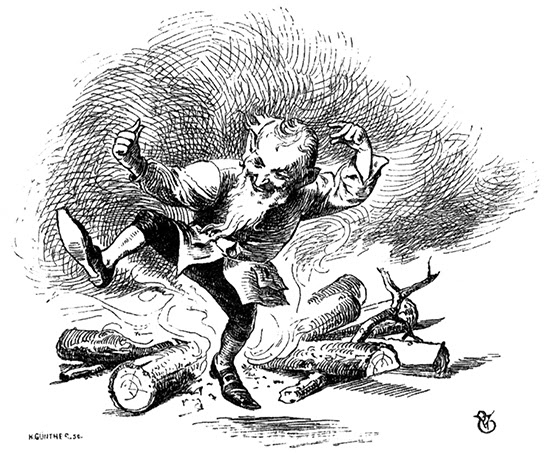 In the early afternoon students from class 10a at our school and their English teacher and Second Vize Principal, Mr Benno Baier, met Cheryl Kemper, teacher and ICT specialist from the Forest Hills Schools, Cincinnati, Ohio, USA, to exchange literature. The Germans presented the Fairy Tale "Rumpelstiltskin" from the German authors Jacob and Wilhelm Grimm of the brothers Grimm. The story was incorporated into the book "Grimms' Fairy Tales" in 1812. In a faraway kingdom long ago, a poor miller whishes to become wealthy and tells the king that his daughter can spin straw into gold. The girl is sommoned to the Royal Palace and locked in a tower filled with straw. She must spin all that straw into gold by the next morning or face execution. 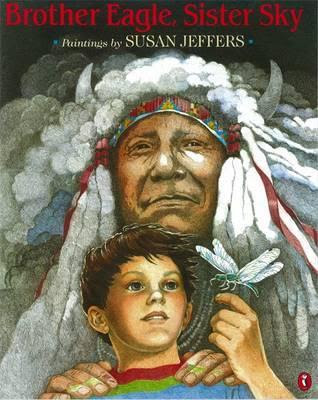 Cheryl herself shared the beautiful and one of the important speaches in American history by Chief Seattle by the book "Brother Eagle, Sister Sky" by Susan Jeffers with us.
"Nearly 150 years ago Chief Seattle, a respected and peaceful leader of one of the Northwest Indian Nations, delivered a compelling message to the government in Washington, D.C. who wanted to buy his people’s land. He believed that all life on earth, and the Earth itself, is sacred, and that man’s heedless abuse of nature will lead to his own destruction. It is a powerful plea for conservation to which every child and every adult will respond." (Daily Telegraph)
Cheryl also told the students about another chief, called Tecumseh, who wrote a famous poem about how people should live their lives.
Cheryl gave us a deep view into the early history of settlement in America.

The German students prepared the Fairy Tale "The Travelling Musicians" by for the last few minutes.

Thank you very much Sabina and Cheryl giving us the opportunity to share our literature with each other.