Mardi Gras (a phrase from the United States, originally French and set up by French settlers after they settled to the United States some centuries ago) is named "Karneval" or "Fasching" in Germany. 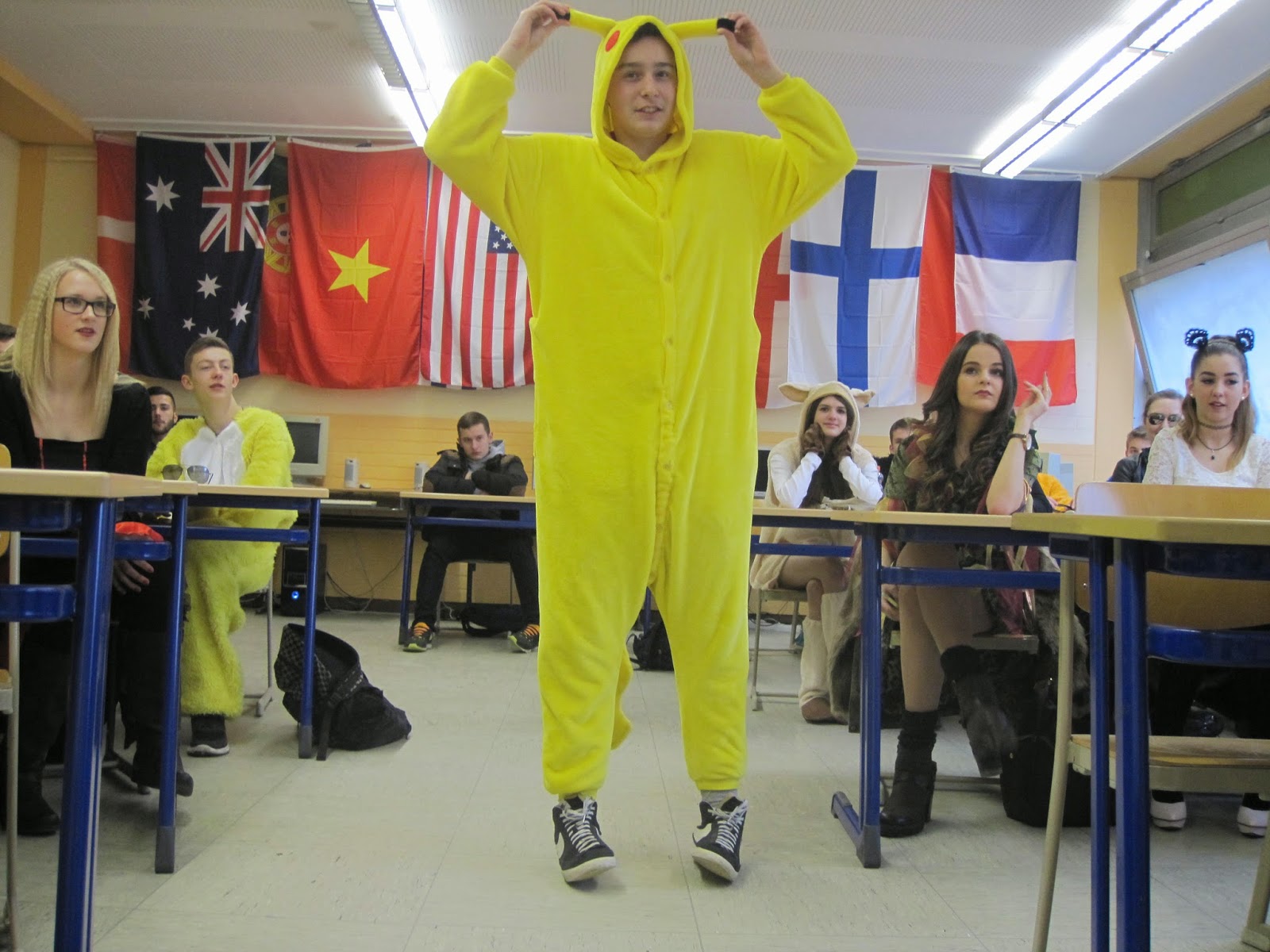 It starts every year on 11th  November at 11.11am and ends on Ash Wednesday , about 40 days after Christmas with the begining of the lent time. The final week of this period - sometimes called "the 5th Season" in Germany - is characterized by lots of traditional celebrations, colourful and fun events with costumed people singing funny songs and telling jokes. This final week starts at Womens' Carneval Thursday a week before Ash Wednesday. It was on the 12th February this year.
That Thursday we celebrated our traditional Karneval at school like we had done before each year for some decades now. Students and teachers came to school that morning with costumes. After three regular lessons according to the classes'  time tables all students and teachers met at the assembly hall to celebrate Karneval by singing and dancing.
In the first and third lesson that day students from two classes, grade 10 and grade 5, had a costume competition to find out the best costume in each class. It was not only the best costume but also the best presentation of the costume. Like in an ice skating competition. The students presented their costumes and had to act like they were dressed. 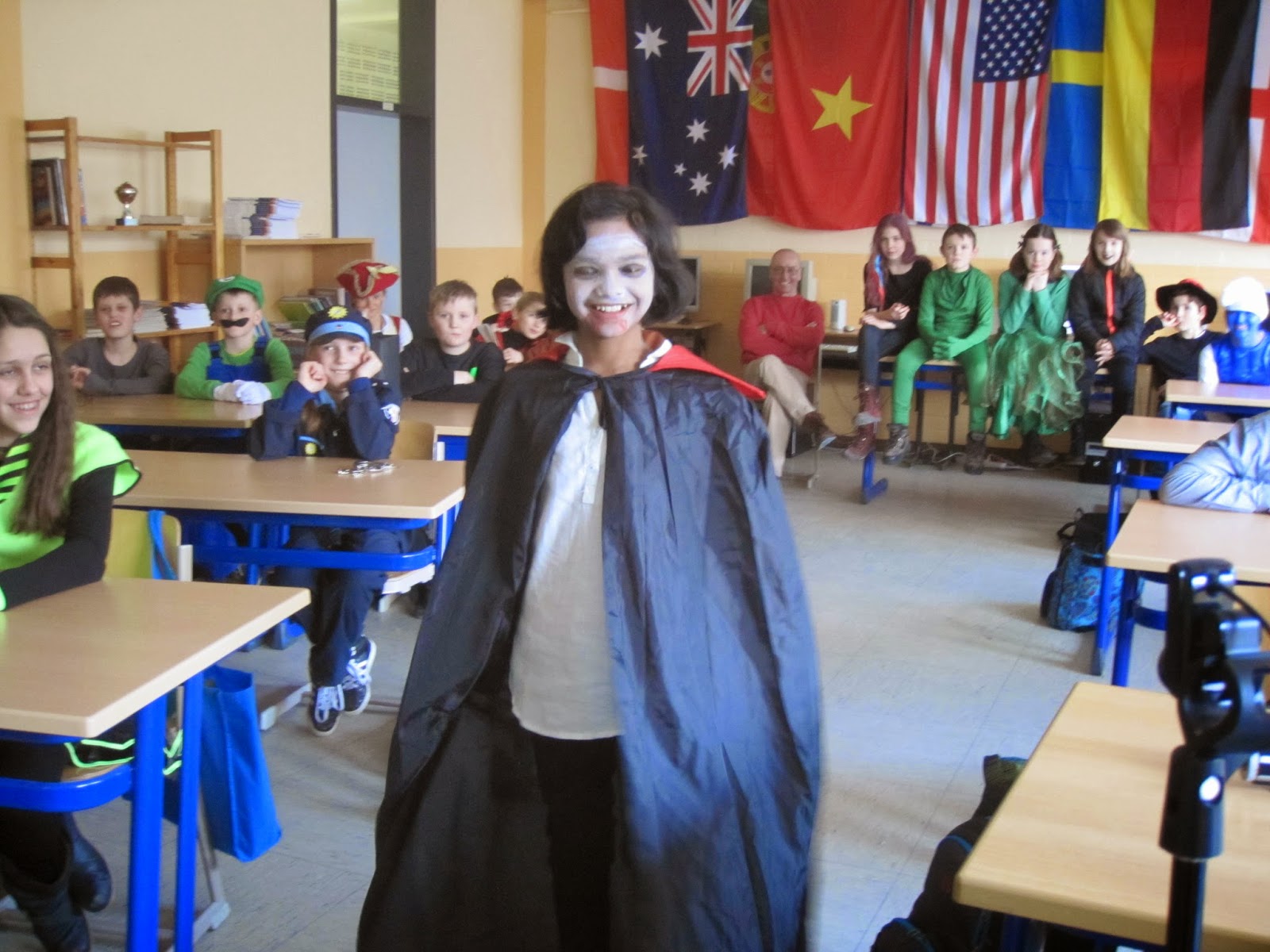 An international jury of teachers and students joined these presentations by Google Hangout to vote for each presentation simultaniously on a prepared Google sheet. The final score was counted automatically by the system and the winner was proclaimed straight after the last voting.

The jury members were from all continents. Some of them hadn't seen such costumes before.