It was the last class which had to present their documentation about several German islands and how people on these island get their drinking water. 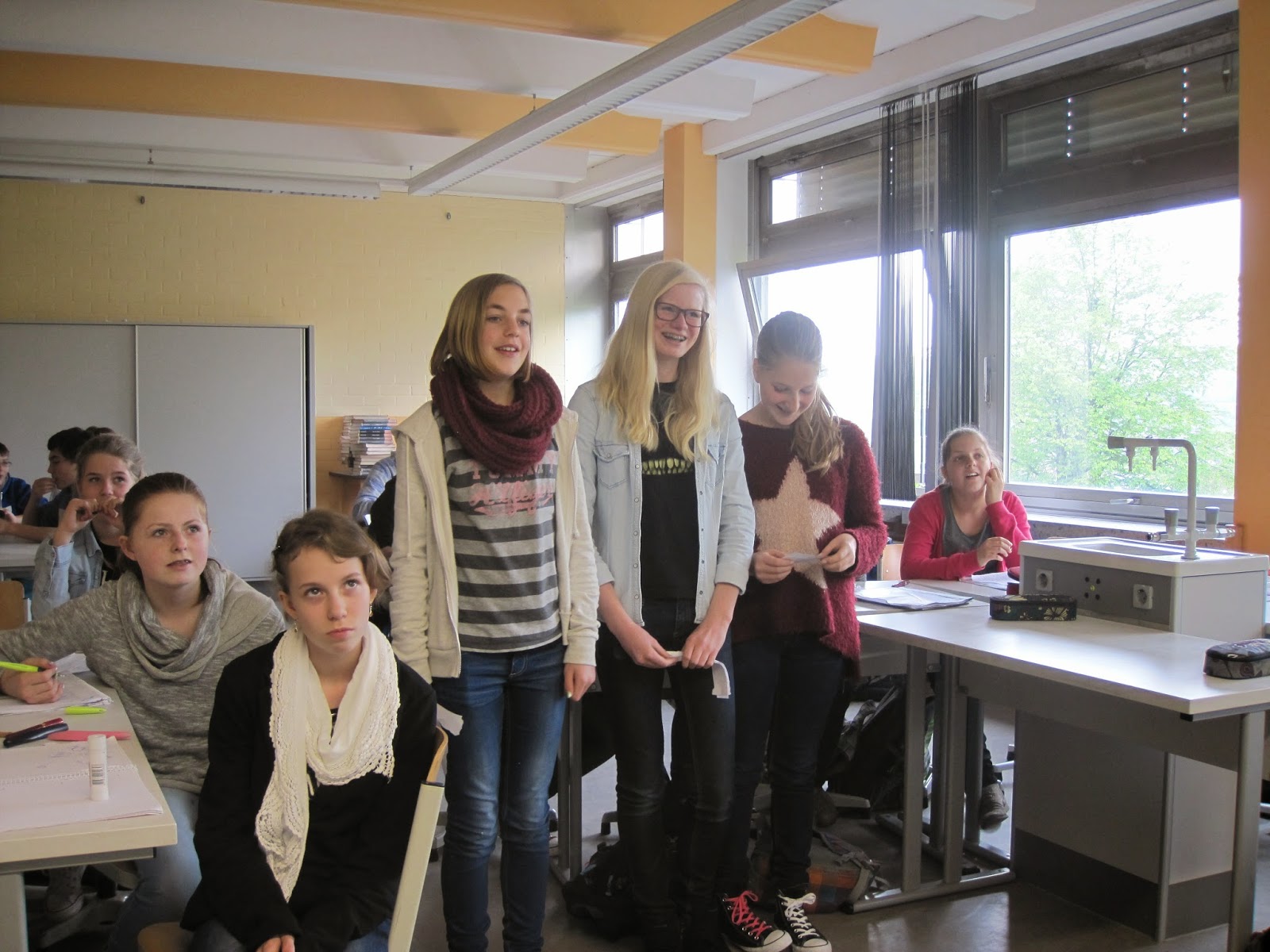 Straight after our Easter break they met Anne Mirtschin, teacher of ICT accounting & business studies at P12 Hawkesdale College from Victoria, Australia, on 28th April to show her some pictures from German islands in the North Sea and in the Baltic Sea and let her know all the details about the different islands they gathered together by research in the internet and by direct connections to the water companies.

They reported about the East Frisian Islands and the drinking water lens below most of these island and about the only offshore island Helgoland (North Sea) where people get their water after desalination of sea water. The island Sylt represented the North Frisian islands. And they report about the island Usedom in the Baltic Sea, which is close to the Polish border. 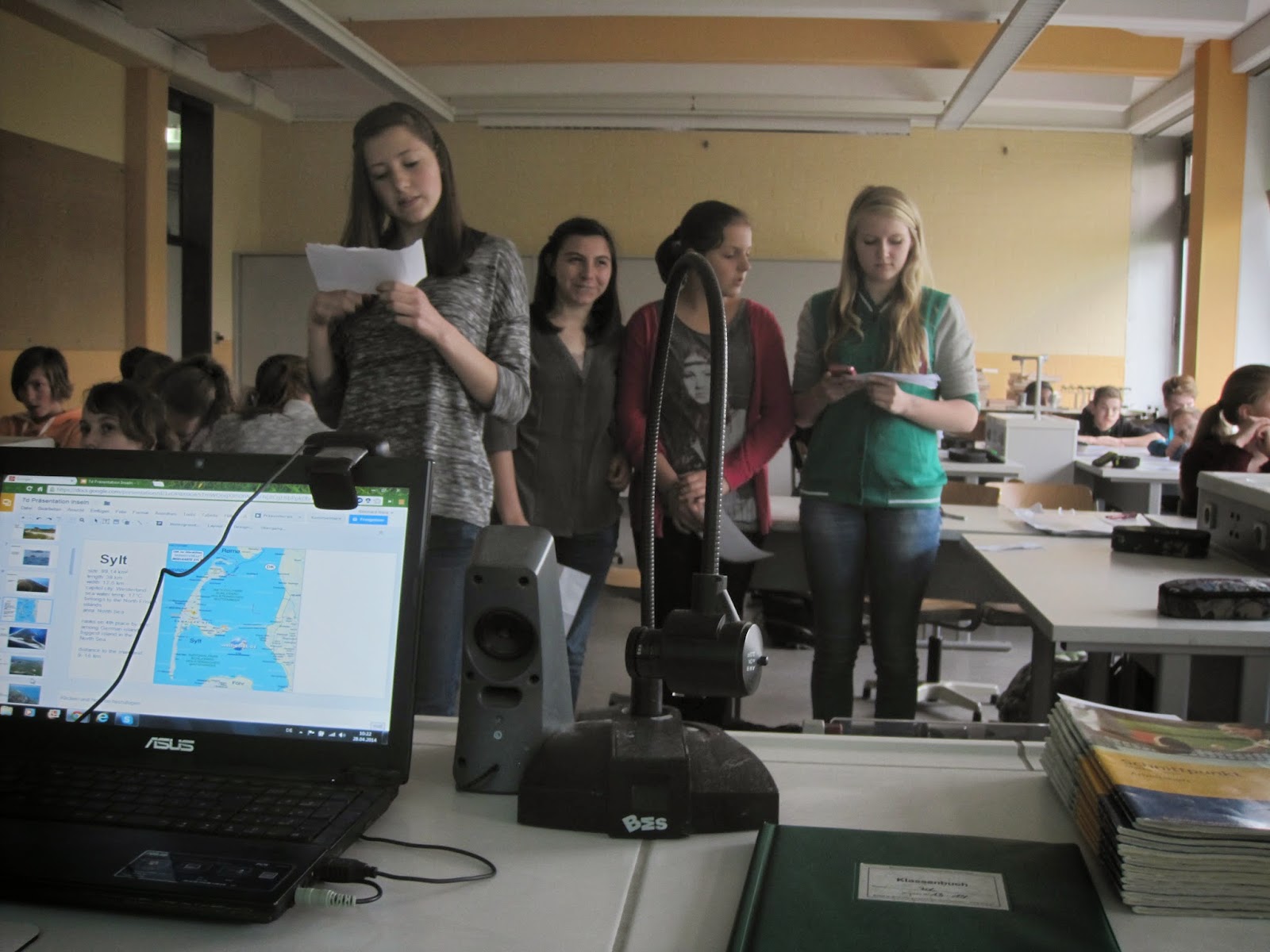 They told her about some basic items like size, shape and population of the islands. The slides contain pictures with wonderful views about these islands as well as some pictures which gave hints to the drinking water supply. 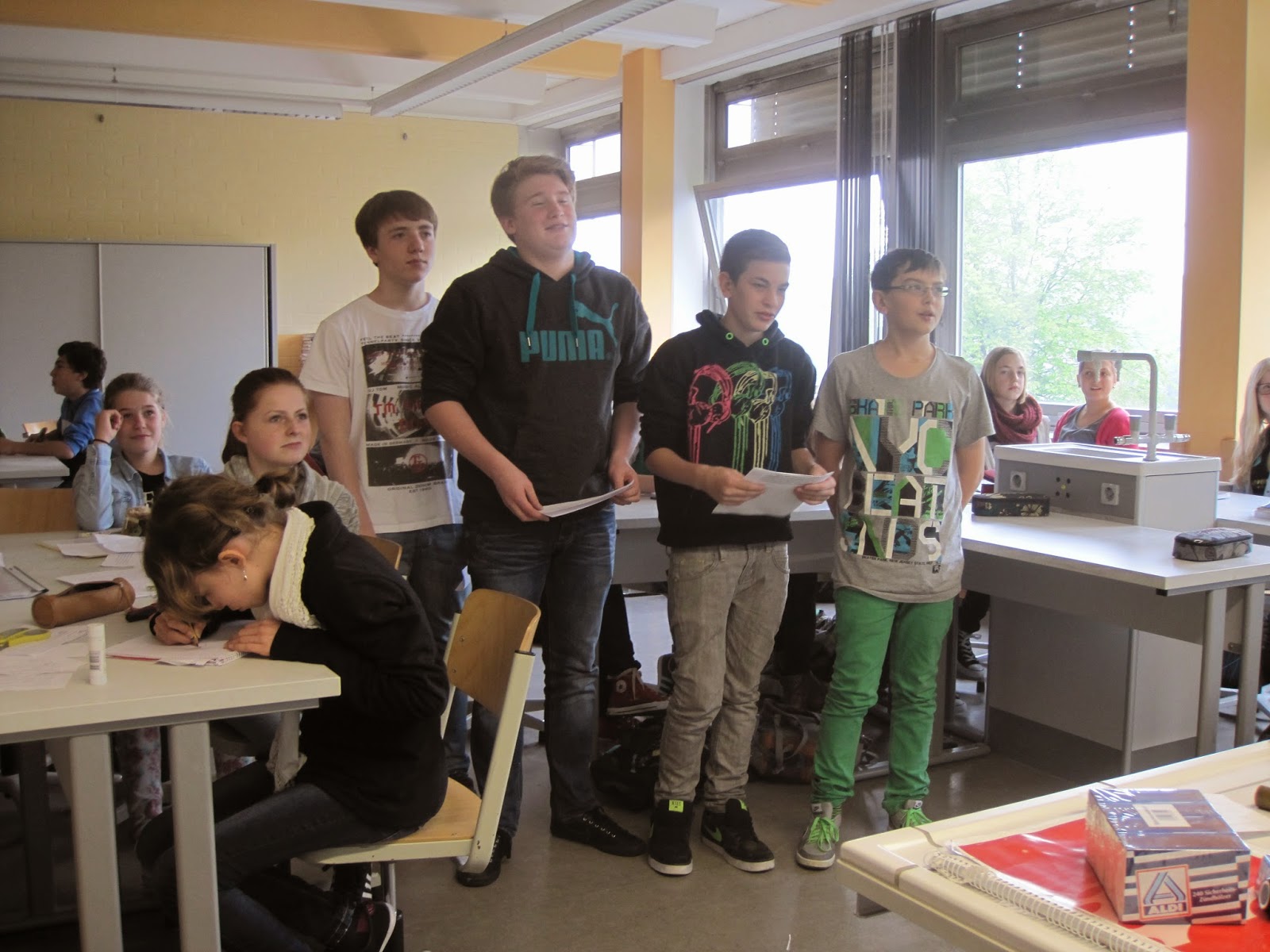 A very important fact concerning the water supply was the number of tourists which visits the islands every year. These tourists are in number twice as many - or more - as the regular number of inhabitants. Tourism has a great impact on the water consumption to any of these islands. 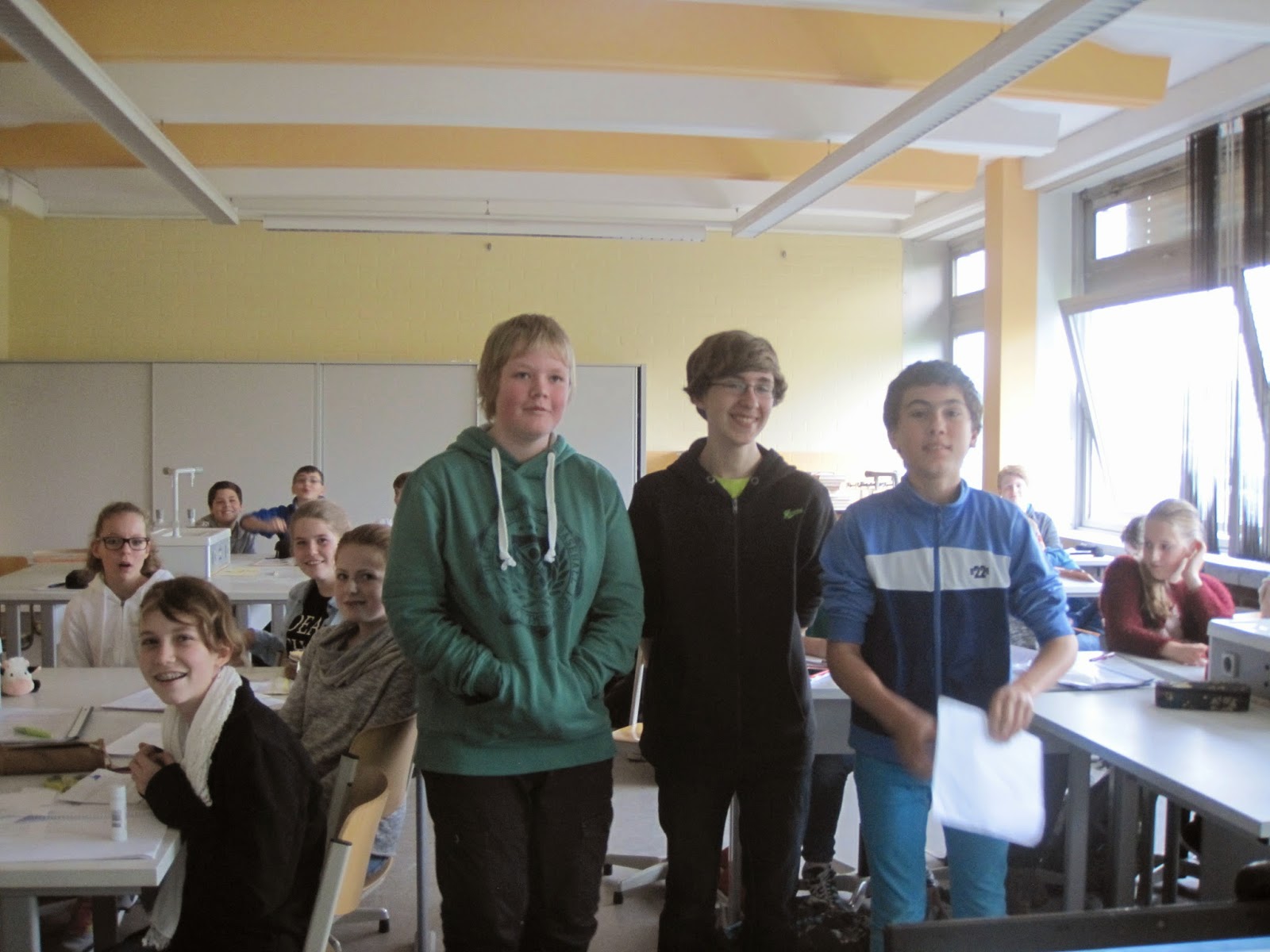 They enlightened the history of some of these islands concerning the development of the drinking water supply technology and its tube network. 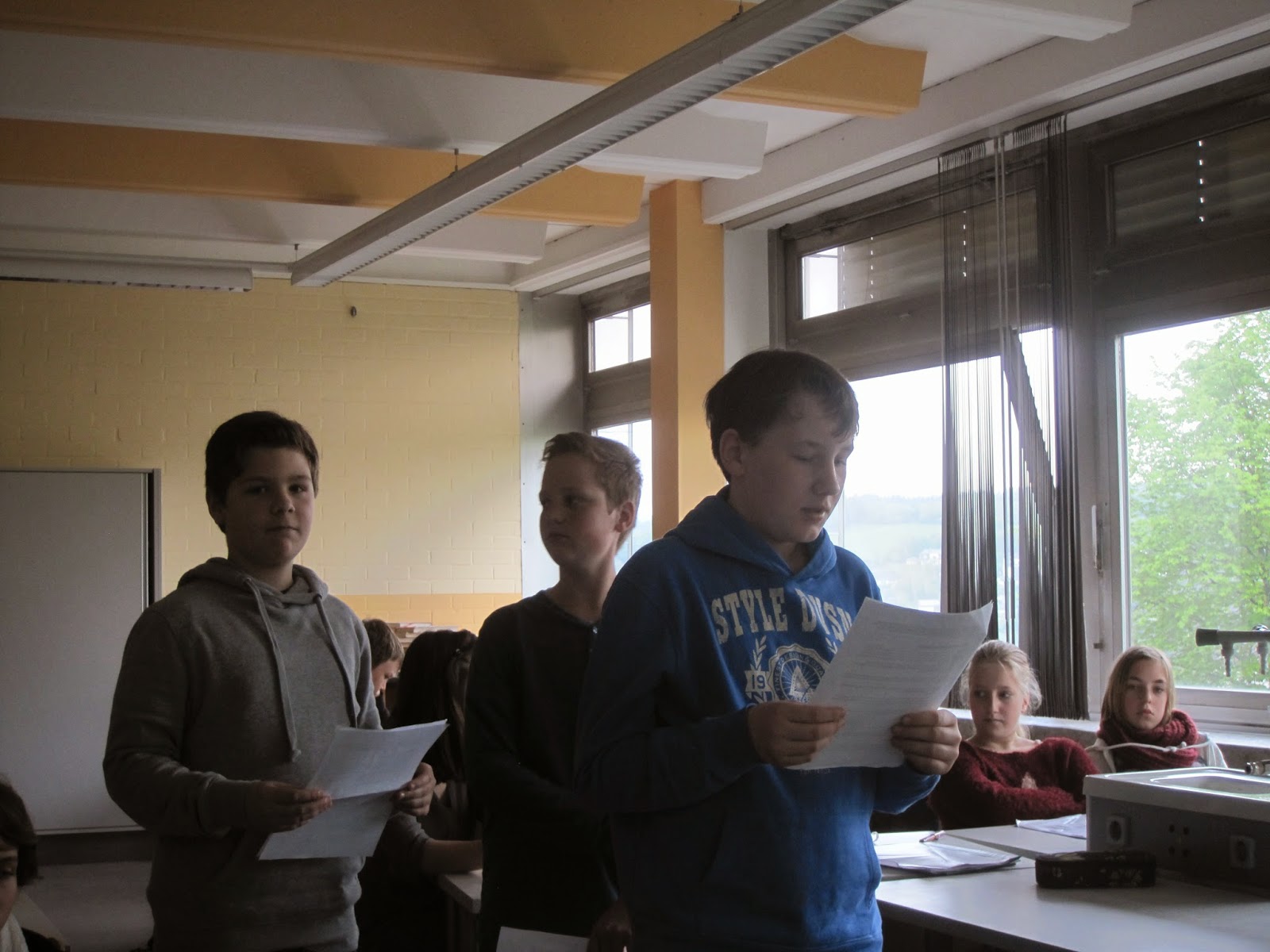 Comparing Climate diagrams from some islands and our home town the students pointed out the importance of rainfall to fill the natural reservoires below the surface.

Referring to some layers of the earth and to the geological history of the islands the students reported about the ingredients of the local drinking water. 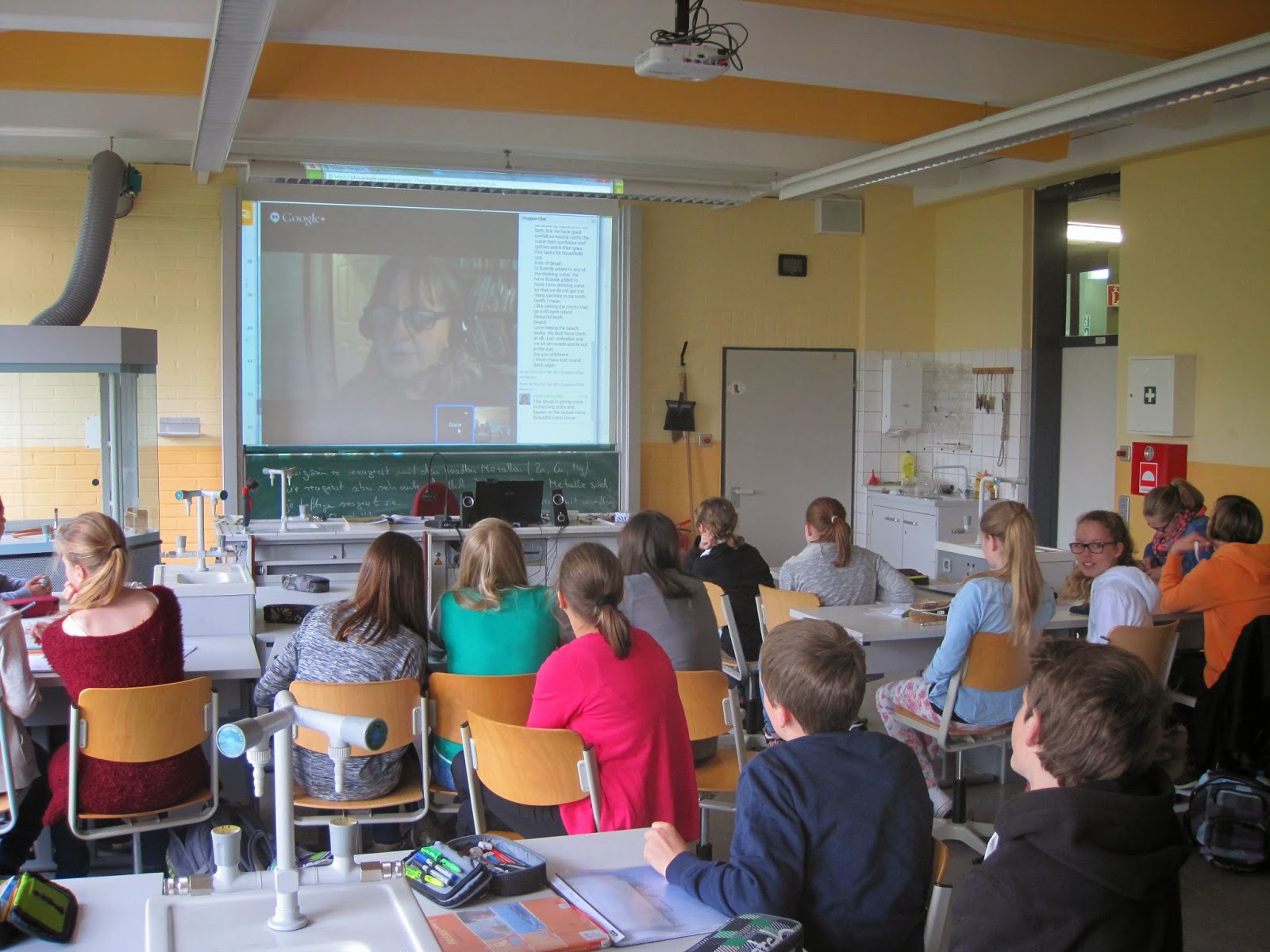 After the students' presentation Anne told them about the drinking water situation in her area and how her family and all the animals living there get their drinking water.

The meeting took about 80 minutes time where my students learned a lot from Australia as well. Thank you, Anne, for being our guest during this chemistry lesson.
Posted by Reinhard Marx, RS Sundern, Germany at 6:47 PM